Among other things, today's release brings some much needed visibility into how much of the Losant platform you're consuming. We've rolled out usage tracking for the application, user, and organization level. 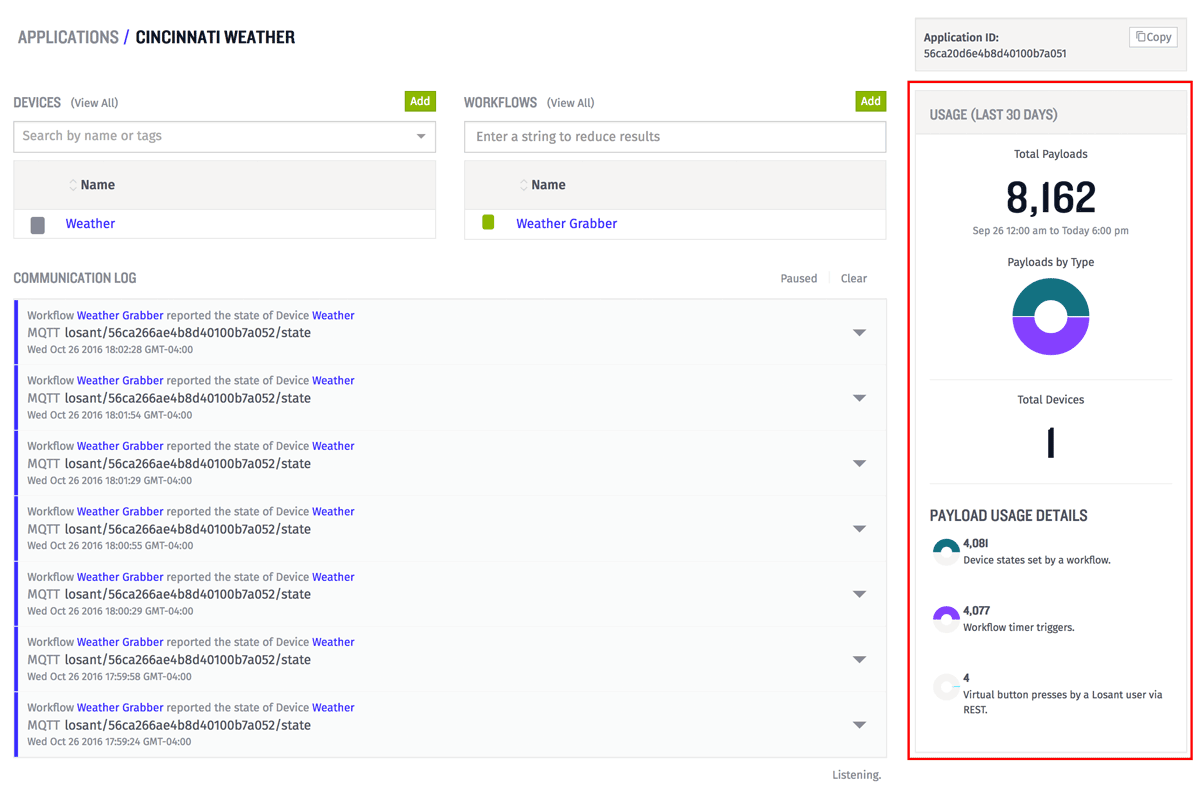 There are now three places within Losant that display the last 30 days of platform usage: application overview, organization overview, and a new usage tab in your account settings.

Usage tracking is reported as the number of generated payloads. There are many ways to generate a payload with the most common being a device reporting its state. There are a few exceptions, but generally a payload is created by performing any action that could invoke a workflow. We'll have full documentation with detailed explanation of all payload types coming shortly.

The indicator block has been updated to allow multiple attributes from multiple devices when deciding the block color and text.

The example above uses two queries to obtain the most recent temperature and humidity from a weather station. These values are stored in variables "value-0" and "value-1". 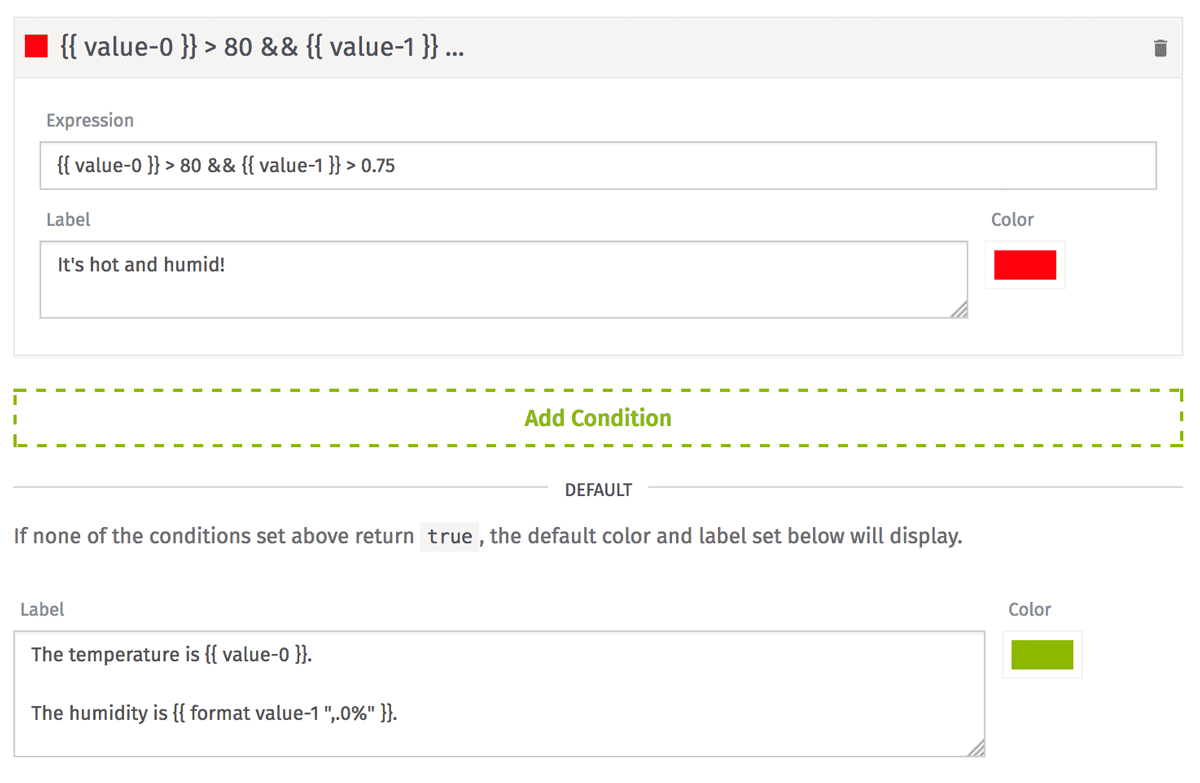 Time series graphs now have the option to display a cumulative version of the data.

The new cumulative option can be enabled or disabled independently on each series. 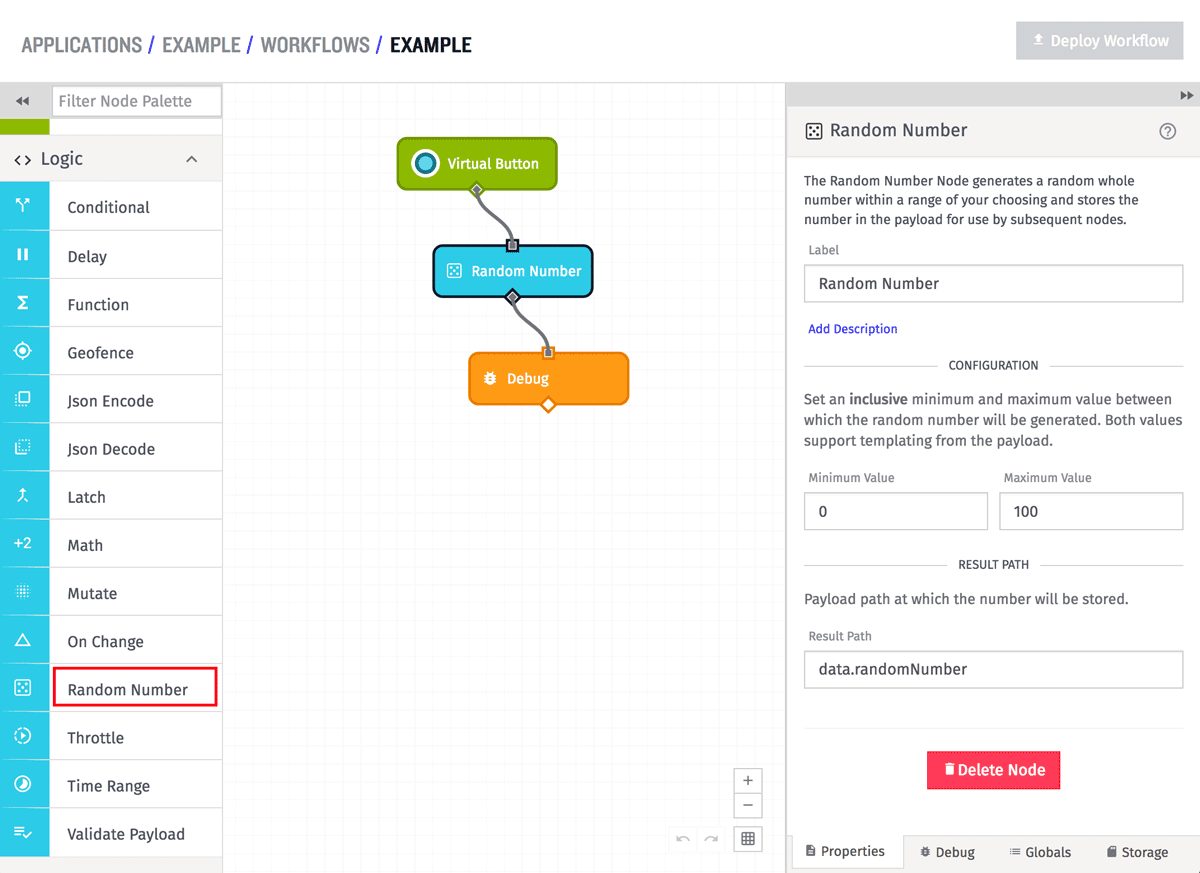 The node can generate a random number between any specified range and outputs the result on the payload.

This release also includes many other bug fixes and small features.