We've seen many of our users build dashboards with multiple time series graphs all visualizing data from the same devices and attributes, but graphed at different durations and resolutions. Clearly, users were looking for a way to visualize short-term device data and, if an anomaly were present, to look back over a longer period to see if this were a trend or just a blip.

Thanks to a suggestion in our forums, we've added an on-the-fly duration / resolution changer to our time series dashboard blocks. This allows dashboard viewers to quickly change the time range and point size on any time series graph (streaming blocks excluded).

This feature falls under our mission to improve "information density" within Losant dashboards, as it allows our users to remove redundant blocks from their dashboards and free up that space for other data visualizations.

Thanks to another forum suggestion, we've added a Device Inactivity Trigger to the Losant workflow engine. If a device fails to report state within a time range you define, you can now kick off a workflow to (for example) notify a person via SMS, force-report the device's state or delete the device.

The trigger behaves similarly to the Latch Node, in that it will only trigger once per inactivity period. Once the device reports state again, the trigger's timer will reset and will fire again on the next period of inactivity.

"Function Nodes are a last resort" is the mantra of the workflow development team. If many users are deploying Function Nodes to perform similar operations, it's time to write a new node to make their lives easier. For example, we recently released an Array Node for this very reason. 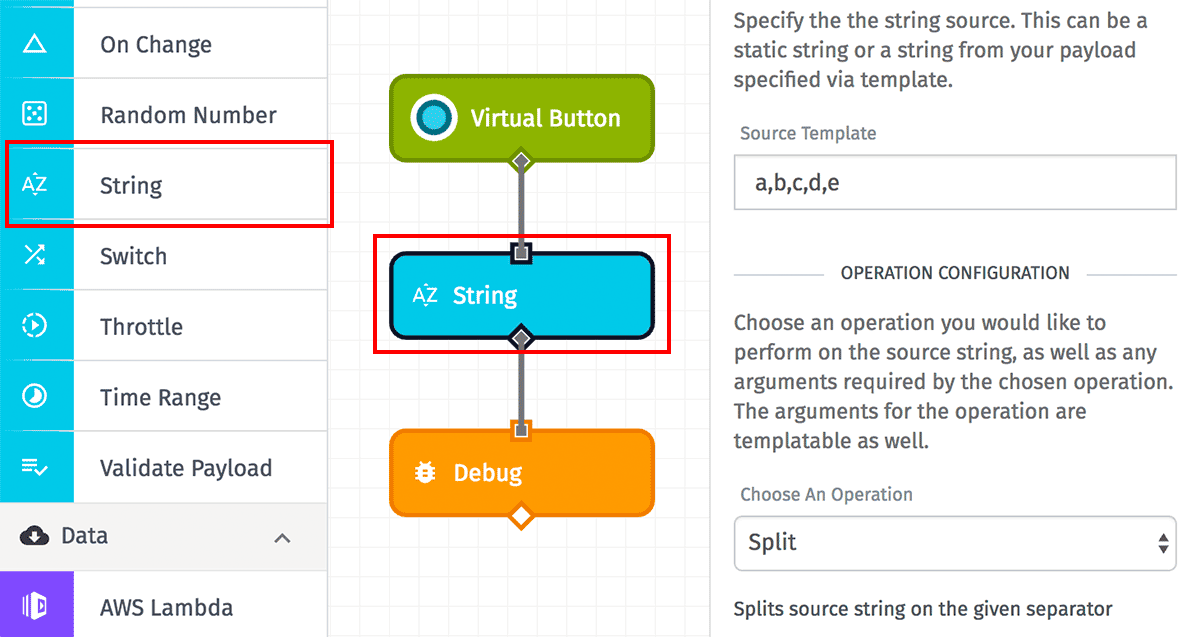