Today’s platform update makes it much easier to communicate between your Losant applications and your Microsoft Azure services through a new real-time Event Hubs integration. This release also includes some quality-of-life improvements to our Custom Nodes feature.

First, users of Microsoft Azure services now have a new, real-time method of communicating between those services and their Losant applications: an Azure Event Hubs integration.

On the Azure side, an Event Hubs instance can ingest thousands of messages per second from a variety of services. Those messages can then be consumed in Losant via the integration, with the option to filter down to messages from specific partition keys. 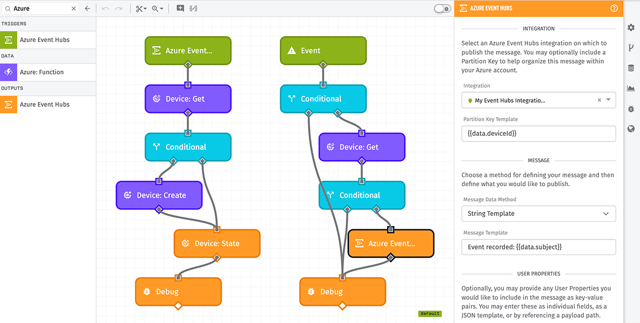 While communication with Azure services was previously made available through the Azure: Function Node, doing so required additional setup on the Azure side along with invoking the function through a separate Losant workflow trigger. This new real-time integration simplifies that process while also unlocking additional functionality in your applications.

Today’s release also includes some improvements to Losant’s Custom Nodes that makes them feel more integrated into your application. Before this release, all Custom Nodes appeared at the bottom of the workflow palette, and each had the same pink color to set them apart from the workflow editor’s first-class nodes.

As for existing Custom Nodes, users will notice that any that have not had a category applied will still appear at the bottom of the workflow palette, but their color changes from hot pink to a subtler gray. The new properties can be applied to those to change the presentation of those Custom Nodes if desired. 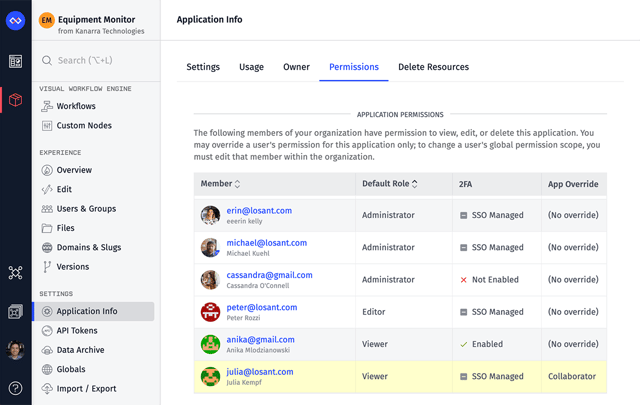