In This Webinar You Will Learn 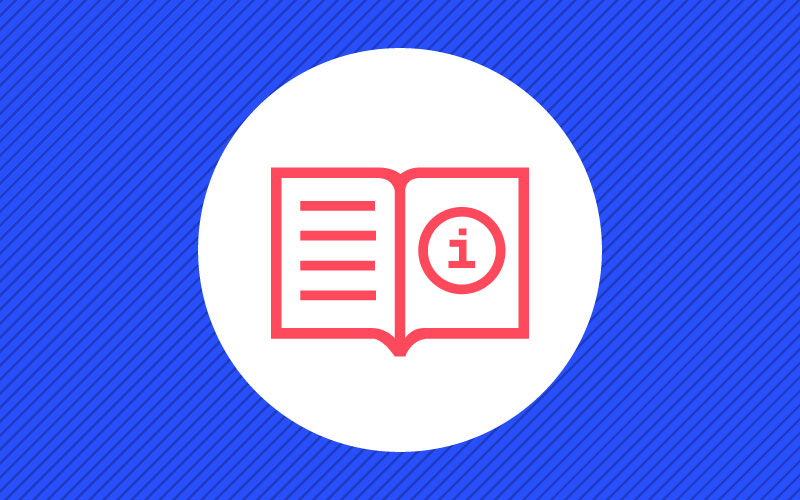 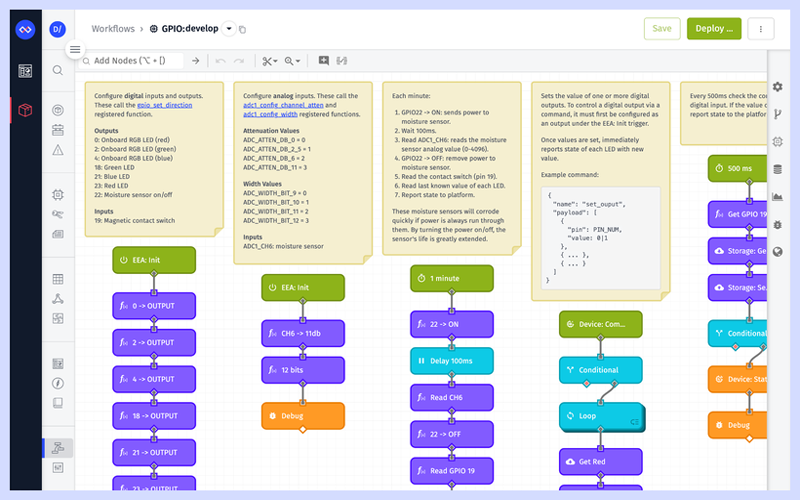 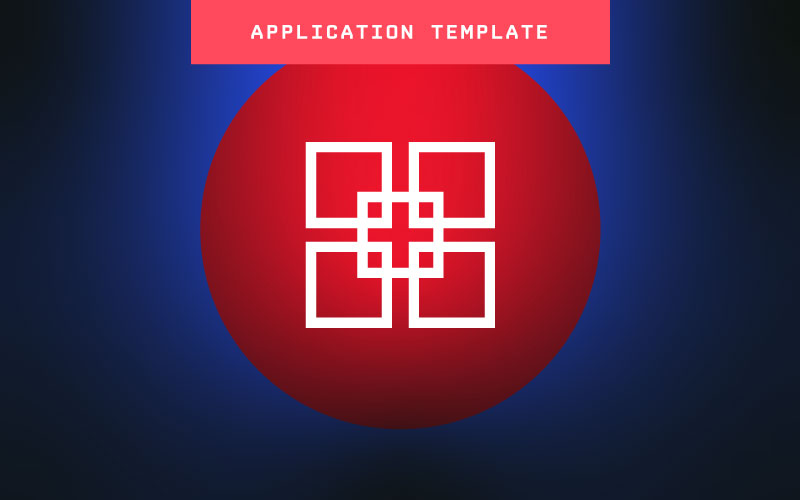 Application templates are a time-savings teaching tool that offers:

Heath: All right, everyone. Welcome to another Losant Deeper Dive. My name is Heath, your host for this webinar. Thank you all for being here. I really think we've got a great Deeper Dive planned for you today. We're going to be taking a closer look at how you can deploy low-code IoT solutions from the cloud to your embedded devices with the Losant Embedded Edge Agent. Today I'm joined by Losant's own chief product officer, Brandon Cannaday, who's going to walk us through not only some high-level concepts about the Embedded Edge Agent, but also some very low-level stuff, talking about the device he's working with and some other things. Before we go any further, I do want to provide a couple bits of info on this webinar. This webinar is being recorded so that we can make the replay available to you in a few different ways. We're going to send you an email with a link to the replay, and the recording will also be made available on Losant's YouTube page, as well as on our Deeper Dive page on our website. Now, we'd love hearing your questions. So I would like to point out a few key features here in the Zoom conference. You can use the Q&A feature or the Chat feature to pose questions, and I, myself, would be monitoring those throughout our time together. Then, at the end, I'll moderate a quick Q&A session with those posted questions. [Coughs] Excuse me. Let's do a quick review of the Losant Enterprise IoT Platform. Losant is an industry-leading IoT platform. As an application enablement platform, Losant provides enterprises with the building blocks they need to create their own IoT products. The Losant Platform consists of five key integrated components to help customers achieve that. First, End-User Experiences, which allow you to build a fully functional web interface that lets your users interact with your connected devices. A Visual Workflow Engine, which is the low-code brains of your connected solution is how you trigger email notifications, create events, send commands to connect to devices, and much more. Data Visualization, which also includes integration with Jupyter Notebooks, allows you and your end-users to see what your connected devices are doing. Devices and Data Sources allow you to create a digital twin of your devices in the field, as well as integrate with other services that have the data you care about. Finally, Edge Compute. What we're going to be taking a closer look at today is this suite of functionality that enables you to execute business logic right at the Edge. Our customers and partners utilize all five of these integrated components to create a robust IoT product that they can put in front of their end-users. Losant is a leader in the industrial telecommunications and smart environment spaces, and we've also got a platform for all sorts of customers, ranging from startups to companies in the Fortune 100. If you're interested in learning more, please reach out, and we will be happy to set up some time for you to have a more in-depth conversation about how Losant can help you develop a connected solution. While Losant provides a software foundation for IoT, we've surrounded ourselves with a great ecosystem of partners that helped create this IoT solution. This includes strategic partners that we share go-to-market strategies with, service partners who work with you to develop your end-to-end IoT applications, and the technology partners that provide hardware connectivity and other services to round out your IoT solution. Again, I couldn't be more excited to have y'all here today. I'm going to pass this virtual mic to Brandon to get us started. Again, if you have any questions, please don't hesitate to put those in the Q&A and Chat, and we'll do that Q&A at the end of our session. Brandon.

Heath: Awesome. Thank you so much, Brandon. We are running a little bit late on time, so maybe not as much time for Q&A as we would typically have. But I will mention that there at the end. Thank you, again, Brandon, for that wonderful overview of the EEA and ESP32, and how we can really leverage those two tools to really take this all the way to the edge. Like I said, before we jump into Q&A, I do want to add a few things. We love hearing that you are enjoying the Losant IoT platform, but those stories don't only matter to us. If you're enjoying your experience with Losant, we would love for you to write a review on Capterra and G2. Second, I want to mention that we do have another webinar Deeper Dive coming up on March 22nd. We’re going to be talking about incorporating your BACnet devices into your smart environment on the Losant platform. Really, another great one. I know I say it every time, but it is another great one. Brandon did mention quite a few things today, so here are some additional resources, including the application template, as well as the EEA getting started walkthrough, and the blogpost that Brandon shared as well. I wanted to say that no feature is released without being fully documented here at Losant, but you always have the option to reach out with questions in our forums, which is really one [Inaudible 00:53:31] and gets you here. We are button-up at the end of time here, so if you do have questions that we don't get to it, please reach out to us on our forums, and Brandon and I will [Inaudible 00:53:40] the next couple of hours as well as traditionally every day. So please ask your questions there. We do have a question, Brandon, I wanted to ask you specifically. Once you click Deploy in the Losant UI, how much of that workflow is running on device, and how much of that workflow is running in the cloud?

Brandon: That's a good question. Heath, do you mind if I take the screen back just very quickly?

Heath: Absolutely. I will stop.

Brandon: Yeah, I didn't cover workflow deployment, but in this workflow that I showed mostly, this is deployed to the device. So up in the corner, when you hit Deploy, you choose your device. First of all, you can choose an individual device, or if you got a whole family of devices that need the identical workflow, you can do that based on device tag. What happens is the entirety of this workflow, and you can deploy multiple workflows to the same device, all of that is compiled together and pushed to the device. So what I've shown here, all of this workflow... The question was, "How much is running on device versus the cloud?" All of this is running on device. When I was live looking this, Losant does keep track. In this case, it knows my device has this version of the workflow deployed, and when I live-look that, I'm looking at the workflow deployed to device, but the entirety of that workflow is running on the device, and I'm just receiving those debug messages, "Come back, let me see what's going on remotely." Losant does have other types of workflows. So when all of these device State Nodes are being invoked, reporting data up to the cloud, that is a great spot to introduce something like an application workflow, and this is where alerting and things would happen. B is running the cloud. So if I triggered it on device state, chose my device down here... I'll just put out a Debug Node real quick just to see data flowing in. I'm going to have to... Well, I can probably change this. Yeah, so I just changed my switch and you can see over here in the debug output, I'm getting real-time alerts for switches 0, switches 1. So this is running in the cloud. This workflow is called an application workflow. Between your [Inaudible 00:56:00] device State Node, I can introduce, incorporate any kind of alerting, email, text, integration with other cloud services. It's a nice combination. Edge can run workflows, do the work it needs to do. Once data hits the cloud, you got a whole another layer of workflows that can run in the cloud to do more appropriate stuff. So I'll pass that back to you, Heath. Thanks.

Heath: Yeah. Awesome. Thank you so much for that answer. That's all that we have time for today. Again, please reach out to us on our forums if you have any more questions, we'd be happy to ask... Ask anything that you have. So thank you all for joining us. We'll see you on March 22nd to talk BACnet devices. Thank you.