Today’s release includes a mix of enhancements across a number of Losant’s core features. Many of these upgrades come directly from user feedback, and together they open up a variety of new platform use cases.

While neither of these alone is a major product enhancement, together — along with a previously released feature that brought callback URL support to dashboard report generation — they allow for delivering on-demand, custom-branded, specifically tailored reports to the inboxes of your Experience Users.

To demonstrate this, we’ve included a new entry in our Template Library that shows the process of requesting the PDF export, verifying the user’s access, and delivering a download link to the user’s email address. The report includes no Losant branding and the body of the email can be rewritten to match your organization’s branding.

We’re continuing to add features to our partial application import functionality to enhance the reach and usability of the feature. In our last release, we added the ability to define the application zip file as a URL, which allowed for importing larger bundles in a single call (instead of multiple requests broken up as smaller files). 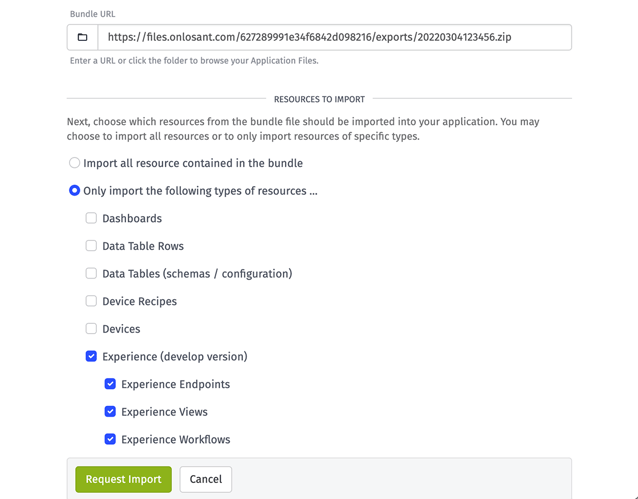 With this release, we’ve added two new features to the import process:

Finally, resellers and enterprise users of Losant’s Instance Manager are getting a couple improvements with this release:

There are a couple other updates in this release that are unrelated to the features listed above: 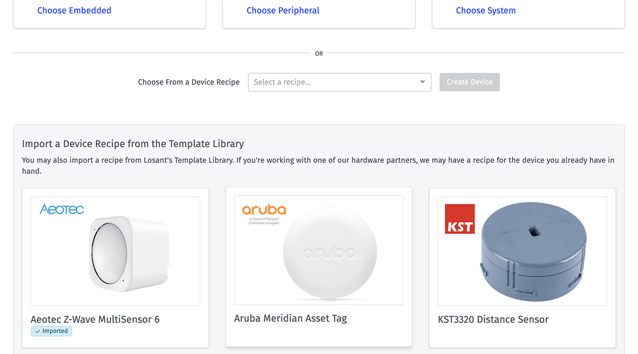