Ever wanted to experience the god-like power of launching a nuclear warhead without suffering the inconvenience of a war crimes tribunal? Well now you can!

To mark the release of Losant's Python MQTT API client and REST API client, we will be constructing an Internet-connected two-man switch – think nuclear weapon launchers from the movies where two separate people have to turn a key – using a pair of Raspberry Pi 3 Model Bs. We'll send the key-turned state of each device to the Losant platform using our newly released Python SDKs and, if all keys are turned, allow an action to take place when a button is pushed on either device.

"Losant will neither confirm nor deny that is possesses nuclear arms or that it aspires to possess them."

This being our official stance on the matter, Losant has instead rigged our launch-style switches to deploy our product documentation to the web. But once the button press reaches the Losant platform, we can take any number of actions. 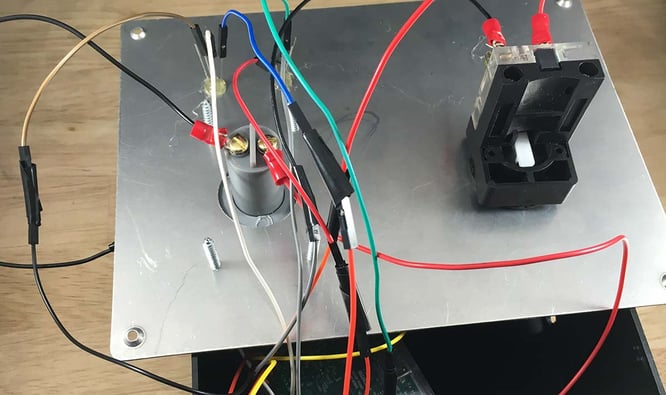 Set Up Your Raspberry Pi 3

Before we can dive in, it will be necessary to get your Raspberry Pi 3 up and running with the base operating system. We recommend you follow the official Getting Started Guide and return here once you've formatted your microSD card, downloaded NOOBS and copied it to the card and installed the Raspbian operating system.

Also, be sure to set your Pi up to connect to your WiFi network. An Internet connection will be required in later steps.

Now let's wire everything together, one Pi at a time. View the wiring diagram below for our schematic. 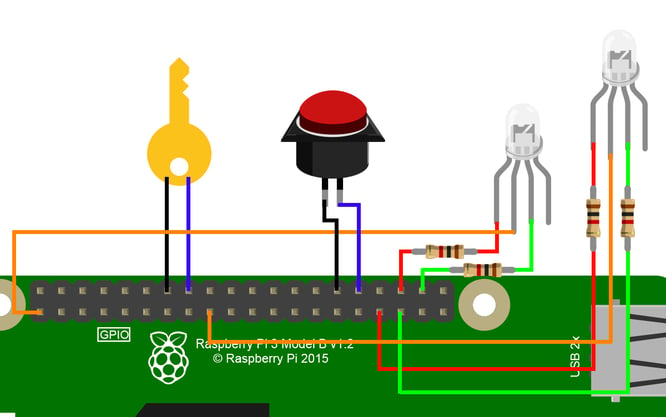 A few notes on this setup:

Register the Devices in Losant

Assuming you already have a Losant account and have created an application, it's time to add each of our Raspberry Pis as devices in the platform. Things to note when creating each device:

Now we need to generate separate access keys for each device. While we could allow each device to use the same access key and secret, doing so would eliminate the benefit of a two-man switch as now either of the switch users could trigger the action without the other. So make sure to select "Restrict to Specific Devices" and then choose one of your Raspberry Pis at a time when generating each separate set of credentials. After each set is created, make sure to copy your device ID, access key and access secret to a safe place as we will need them later.

Set Up the Losant Workflow

Now, let's set up our workflow to listen for key turns and button presses, and send commands back down to our Raspberry Pis. 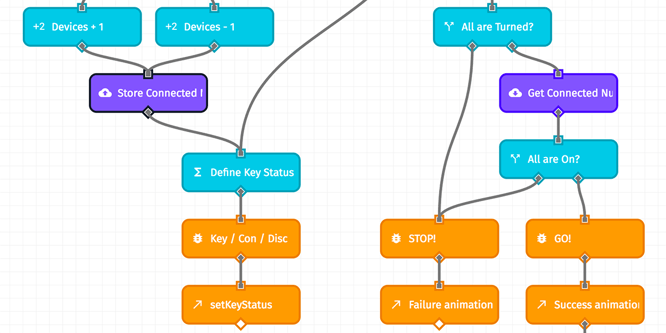 Add the Script and SDKs to the Pi

Finally, let's set up each of our Raspberry Pis with the two-man switch code.

Since we are accessing the Pi 3's GPIO pins, we'll need to run our script as the root user on each device. From the project directory, run sudo python twomanswitch.py. You should then see your LEDs light up red. 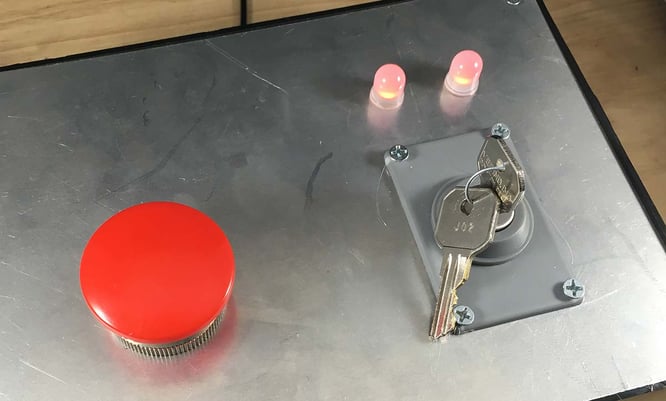 There are additional comments in the Python file as well as the Losant workflow to indicate how the switches work, but here is a quick overview: 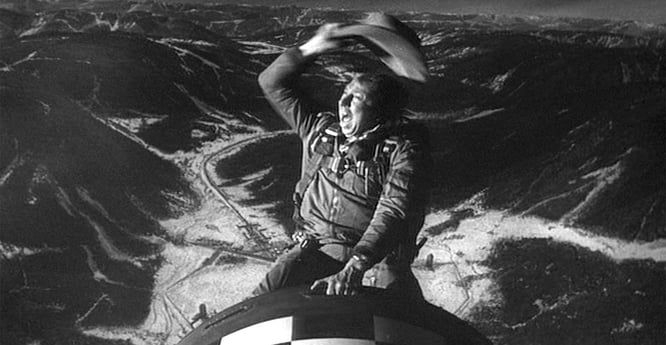 At Losant, we have the switches rigged up to deploy our product documentation on a successful button press. To achieve this ...

Now that you can use a Raspberry Pi 3 and our new Python API clients to send data to the Losant platform, you can modify the sample workflow to do a number of different things when the two-man switch is triggered. Run an AWS Lambda function, send a command to another device, tweet maniacal LOL's as your newfound sense of power splinters your connection with humanity ... It's up to you from here.