How To Set Up a Headless Raspberry Pi

The following approach enables you to pre-configure the WiFi credentials and enable SSH after flashing the operating system to the Pi’s microSD card. All communication between your computer and the Raspberry Pi is through a terminal. This approach is more complicated than the general setup, and we recommend that only users familiar with the Raspberry Pi and the terminal attempt this process.

You need the following materials for this tutorial:

Setting Up the microSD Card

To begin, you must flash the microSD card with an operating system.

Etcher is a tool, created by balena, that allows you to flash operating systems to SD cards and USB drives. In this case, you'll use it to flash the microSD card. 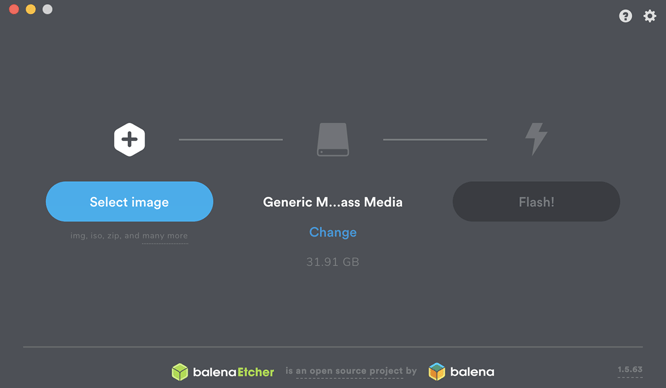 Next, after the flashing is complete, remove and reinsert the microSD card from your computer.

This step is necessary because Etcher automatically unmounts the SD card. To confirm that everything is correct, once you reinsert the microSD card, you should see a new drive mounted on your machine called boot. See the following screenshot:

This file (no file extension needed) will enable SSH on the Raspberry Pi when the device starts.

In the boot folder, create a file called ssh (the absence of a file extension is intentional).

Next, you will create a file that represents the WiFi credentials for the network you would like the Raspberry Pi to connect to on boot.

Important: Ensure that you enter your WiFi information accurately. If the next step fails, you will need to redo the entire process.

Now that you’ve enabled SSH access and configured the WiFi you may boot the Raspberry Pi.

Now, after the Pi turns on, in about 30-90 seconds, it will fully boot and connect to WiFi. If the steps above worked, your device is now connected to the network and ready for you to connect via SSH.

SSH Into the Raspberry Pi

To SSH into the Raspberry you’ll need a terminal.

If you only have one Raspberry Pi on your network, you can SSH into the device via its hostname:

Once you have more than one Pi on your network, a number will be attached to the hostname in the format of: raspberrypi-NUM.local.

NUM is the order in which your Raspberry Pi entered the network. You can find your device in one of two ways:

The Raspberry Pi is the perfect device to test the Losant Edge Agent. The agent allows you to deploy workflows to your connected Raspberry Pi and execute those workflows on the device itself.

To see an example of a Losant Application that would leverage a device like the Raspberry Pi and the Edge agent, see the Industrial Equipment Monitor Application Template Deeper Dive.