This Month In Things is a series we created to give you a quick round-up of exciting and interesting happenings in the IoT world.

How would you like to get your degree in IoT? Starting this spring, Florida International University is offering a new degree programfor the Internet of Things.Kemal Akkaya, a professor at FIU, argues the degree is needed for the future and upcoming demand.

Currently, to master a connected product, it takes knowledge of electrical and mechanical engineering, programming, and a deep understanding of security. This degree was meant to give students that wide breadth of IoT knowledge, and more job opportunities.

After reading responses to this news, the failure of this hardware wasn't surprising to most. People claimed the devices were too expensive and too powerful for maker use cases. Also, the documentation wasn't as good as it could have been.

However, this news doesn't mean that Intel is backing out of IoT. Products like the Curie chip, which is in the Arduino 101, will still exist.

The 3 Best Internet of Things Stocks to Buy in 2017

Motley Fool is a blog and resource for investing advice.

Recently, they've picked the best 3 IoT stocks you can buy:

How can blockchains improve the Internet of Things?

Could blockchain improve IoT? Currently, blockchain is a huge buzzword. However, it normally doesn't lend itself to be IoT-related. Peter Saint-Andre, the CTO of Filament, thinks blockchain could be a huge benefit to IoT.

For example, a blockchain can be used as a decentralized registry of "things"— think of it as a decentralized DNS for IoT. Blockchain could also potentially be a ledger for sensor data, or even used for IoT microtransactions. You can check out his reasoning in the article.

Amazon is launching a Smart Home Services Store. In this store, people can call and get their questions answered about their various connected devices, and even have Amazon install and fix the devices. This new store is currently available on Amazon.com.

All in all, this means one of two things:

Your Connected Devices Are Screwing Up Astronomy

How are we supposed to listen for aliens with all of our connected devices? Astronomers are finding it harder and harder to listen to radio signals from space because it's possible that those signals come in on the same frequencies as human technology. 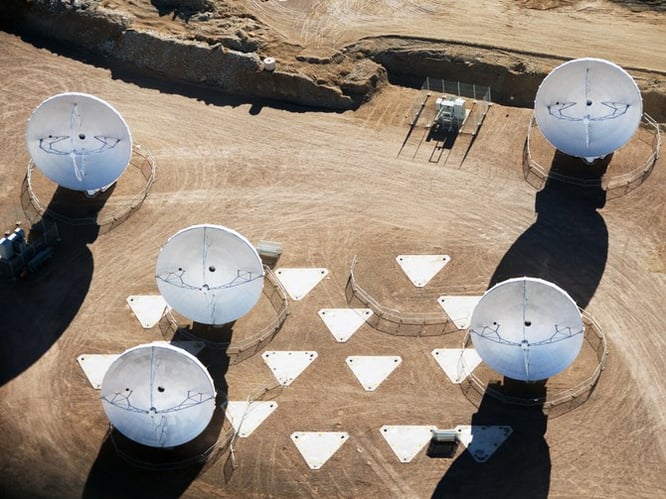 On the other hand, the FCC controls the access to the radio slices, but, when you have cell phone companies willing to pay $19 billion for bandwidth, the slices become very precious. Unfortunately, like most problems in science, this battle is currently stuck between research and money.