Extend the Reach of IoT With Edge Compute

In many IoT implementations, data processing occurs in the cloud, with the actual devices doing little more than collecting data. However, using edge computing technology, you can process data on the “edge,” that is, on the devices on the “edge” of your solution. This allows you to develop a hybrid cloud and edge strategy, which can offer numerous benefits including local control, always-on functionality, and efficient data processing. By filtering the data values at the edge, you can dramatically reduce data noise within your application, cut the number of payloads generated, and save battery life by reducing bandwidth.

Edge computing allows your solution to also integrate with local protocols that do not typically connect to the internet, including Modbus, Serial, and BACnet. You can even take IoT to locations with sporadic internet connections.

Let’s dive into Losant Edge Compute and see how it can bring IoT where you need it.

What is Edge Compute?

Edge computing is the means by which computations for your solution, such as data gathering, can be performed on the device itself. This allows devices to be placed in locations where the internet connection is inconsistent or nonexistent. By doing so, you can take advantage of IoT even in remote locations. 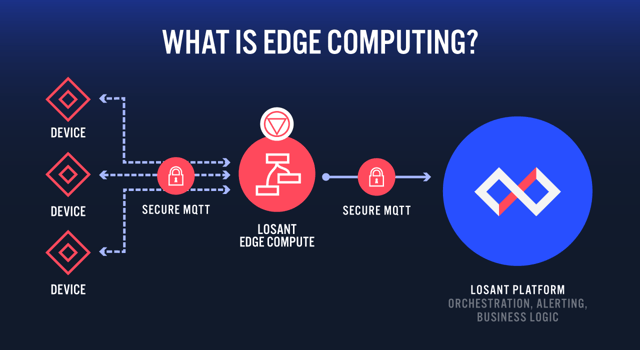 In Losant, this edge computing functionality is deployed using the Losant Edge Agent. With the Edge Agent, you can create workflows that run on the device itself and ultimately deploy that data to the cloud.

What is the Losant Edge Agent?

The Losant Edge Agent is a command-line utility exposed through Docker as a container you can run on your Edge Compute device. Very simply, it allows you to bring the application workflows you develop through Losant’s Visual Workflow Engine and easily deploy them to and run them on an Edge Device. 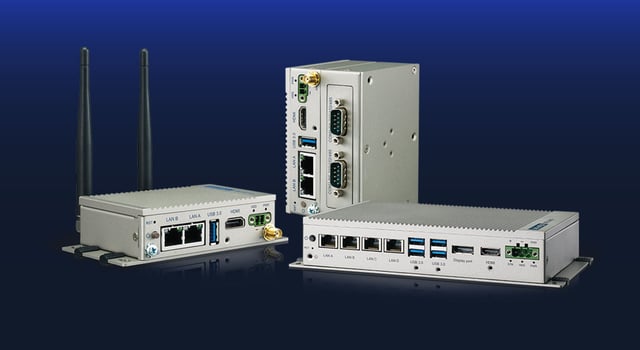 The biggest advantage of the Losant Edge Agent is the ease in which it installs. Unlike other platforms, the Edge Agent uses Docker, which simplifies the installation process and limits the amount of programming and coding required. All of your deployments are version controlled and bundled in one place.

You can deploy the edge agent in four steps, broken down in detail in the walkthrough and the video below. Those steps are:

How Does Edge Compute Work?

The core of any edge compute solution is the ability to run your workflows on the device itself, rather than in the cloud. In Losant, that is done through the Edge Agent described above. After you install the agent on the device, you can then deploy your edge workflows, which are like application workflows but designed solely for edge computing, to the agent. Edge workflows run on the edge agent on your local network, allowing for data from your local devices to be read, acted upon, and ultimately reported to the cloud.

What are Some of the Benefits of Edge Computing?

With direct support for Modbus, Losant Edge Compute reduces the cost of IoT adoption for industrial companies by making it possible to instantly tap into existing equipment. Losant implemented edge computing specifically to support enterprises such as Industrial IoT for construction, manufacturing, mining, and oil and gas industries.

National Pump and Energy (NPE), Australia’s leading supplier of pump, power, and compressed air equipment, uses Losant Edge Compute to create digital twins of its pumps in remote locations. Connected sensors, edge computing, and integration with the Losant IoT Enterprise Platform helped its teams share information in real-time from remote locations. This allowed technicians to only be sent to the location if there is an indication of a problem, saving customers costs on maintenance.

Another powerful feature of Losant Edge Compute is data filtering. If you have a high-frequency sensor, like a vibration sensor, you do not want to send all of that data to the cloud—it can take up a lot of space. Instead, you’d want to filter and aggregate that data before sending it to the cloud. This logic can be built in a workflow with the Visual Workflow Editor, using the same methods as building application workflows.

For environments with inconsistent internet connections, IoT can still offer value to your enterprise. Edge computing allows you to take IoT wherever you go, and combining it with Losant’s cloud offerings, your enterprise can enjoy numerous benefits, including local control, always-on functionality, and efficient data processing.

Want to take Edge Compute for a spin? Try Losant for free, now, in the Losant Sandbox, and see Losant University for a real close look.