How Startups Are Fueling Innovation in the Internet of Things

It's no surprise that the top sponsored (and most of the organic) search results for terms like "IoT" and "connected devices" are dominated by well-known, big brands. From boosting R&D spend to spinning up teams and business units to throwing serious funds at PR and promotion, these key players are investing billions to ensure they play a part in the promising Internet of Things market. But where is the innovation that's really driving things forward coming from?

The innovation that's moving the needle is coming from smaller, more nimble players like the Raspberry Pi Foundation - as evidenced by the recent Pi Zero "launch." Technically this was a launch, but it would be more accurately described as a phenomenon - possibly a watershed moment in tech. Less because of the product itself and more because of the approach, the ensuing result, and what it signifies.

How I Expected the Pi Zero Launch to Go

For the past several months, the folks at Raspberry Pi Foundation had been feverishly planning the launch of their next new product - a module even smaller yet more powerful than the popular Model A+. The new tiny computer would be far more than just a few new enhancements or capabilities. In the words of Founder Eben Upton, the next launch was every bit "as big a change as the original Raspberry Pi was."

By every indication in classical marketing strategy, embraced by most big brands and organizations, an innovation as significant this should have commanded a sizable price premium over an extended period of time. In the hands of a larger company, we would have seen a full-scale social media blitz, likely heavy promotion referencing #BlackFriday and a price 50% if not double that of Raspberry's most expensive ~$35 Model B.

What Really Happened in Pi Zero's 24 Hours of Craziness

As you may have heard, (fortunately) nothing like that happened. The new and highly anticipated Raspberry Pi Zero launched just a week ago at an astounding $5 price point, nearly half the price of anything equivalent available today. In the ensuing hours, a mad rush at a scale Black Friday marketers could only dream about erupted and crashed to a swift halt as the diminutive Pi Zero sold every single one of the 20,000 available units in less than 24 hours. Do the math. That averages out to a unit sold roughly every 4 seconds for 24 hours straight. They crushed it.

And it was equally as exciting to watch as it was frustrating to try to purchase. Clearly thousands of people purchased a new tiny computer - but many more thousands, possibly millions tried multiple times to no avail (we at Losant were certainly eager to snag a few but drew the short end of the stick like countless others). Revenue and profit aside, the rapid success of the launch made the Pi Zero the fastest selling computer in history.

Did the Pi Zero $5 price point miss out on some short term revenue? Absolutely. Probably a lot of revenue. But the level of innovation it drove by relatively instantly getting product into the hands of thousands of people building things is immeasurable.

"Even in the developed world, a programmable computer is a luxury item for a lot of people, and every extra dollar that we ask someone to spend decreases the chance that they'll choose to get involved,"

Back to the large brands with much more resources and reach than startups, smaller players and foundations. Though it's the organizations and smaller players like the Raspberry Pi Foundation and Arduino and startups like Onstream and PubNub who are driving most of the innovation, larger players like Intel, IBM, Microsoft and Amazon are creating all-important awareness and encouraging widespread adoption - in particular for the Industrial Internet of Things (IIoT).

Innovation for innovation's sake isn't the most effective business model. In order to fully realize the eye-popping projections for the IoT and IIoT markets, a whole lot more people need to know what it is and understand the value it offers to their lives and businesses. And that will take a collaboration between the innovative startups and the powerful mega brands. 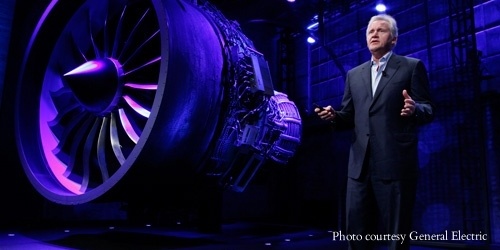 Events like Intel's IoT Day and GE's Minds+Machines, help move the needle on alarming figures from a recent study commissioned by Microsoft indicating that the majority of executive decision makers are 'completely unaware' of the IoT and many more find it to be a confusing concept. Note that this isn't the general public, but the very individuals leading companies and organizations today.

Most (53%) executives...are completely unaware of the IoT and even more (72%) find it to be a confusing concept. - Northstar study via Microsoft

How You Can Help

Whether you work for a big brand, small biz or you're one of the millions of makers and dreamers - building connected solutions to solve everyday problems on your own - you can help drive the conversation. Whether it's in work-related conversations at work, at the dinner table over the holidays or a chat with your neighbor over the fence, talk about problems we can solve and experiences we can create with connected devices. Join a meetup, post some of your thoughts on social or offer your perspective in response to someone else's.

Do you have thoughts on how who and what's driving innovation in IoT? I'd love to hear what you have to say in the comments below.