Keep Your Food Safe and Your Customers Happy With IoT 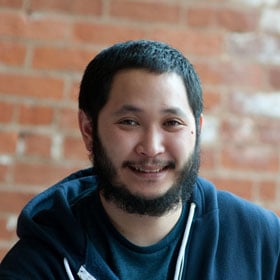 Here at Losant we often conduct what we call “dog-food projects,” where we use our own software to put ourselves in our users’ shoes. Aside from being on the Losant team, I am a partner in a restaurant group called the Lang Thang Group. As a restaurant owner, I wanted to implement IoT for food safety. In my previous project, I tested a DIY sensor, connected it to Losant, and attempted to monitor food temperatures with IoT. Originally, the high temperatures did not work well with the hardware and I was unable to put it into production for more than a few days. After running more tests, I’ve returned with a new solution.

In the last few years at Losant, I’ve learned that I’m better off leaving hardware to the hardware experts. So, I decided to reach out to our partners at NCD.io. They specialize in making various industrial sensors. NCD.io also happens to make a gateway that integrates directly with Losant. To create a lasting solution, I needed to select industrial IoT temperature sensors instead of prototype-level IoT temperature sensors.

I set up the new solution using the following hardware:

To connect the hardware to Losant, I had to:

NCD’s temperature sensor is also wireless and runs on batteries. It can run for up to 10 years depending on how often you report your data. For me, getting a reading every two minutes was sufficient. These sensors are also on magnets, so I was able to mount the sensor to the metal sheet behind the stockpot, which is important because the temperature is not as hot, and there’s less chance of damaging the equipment. Having a wireless sensor helped as well because I didn’t want to use wires near high-temperature cooking equipment. 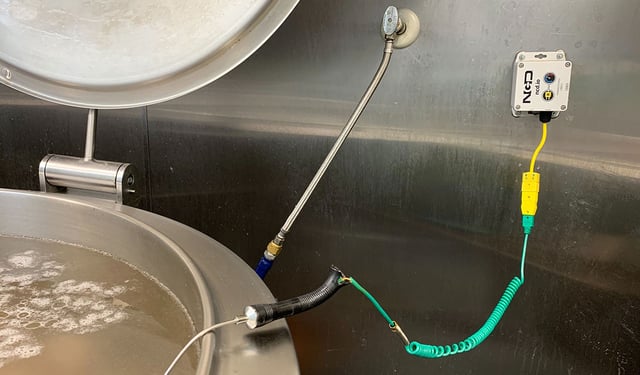 The sensor and the gateway also can communicate from large distances. So I was able to mount the gateway in a safe area away from the cooking.

After connecting the hardware, I went to the Losant platform to see the temperature readings.

However, to take it one step further, I decided to add it to my custom mobile app. I was able to build out an API using Losant Experiences and pull the data to my mobile app. Since the managers were already using the app to manage other restaurant tasks, this let them check the pot without having to switch to another application.

Now that I’m able to monitor the cooking and capture the data, I can set up alerts to let me know if something is going wrong. Recently, I had an issue where the pot had been accidentally turned off (tripped circuit, user error, etc). I added a workflow to check if the pot has maintained an average temperature between 100˚F-160˚F for more than an hour. This tells me that something was wrong with the pot because it should never be at that temperature for more than an hour. The food danger zone is between 40 °F - 140 °F, so I set my notification range to be higher to allow me time to fix the situation before it reached the danger zone.

This is a critical data point for food safety and one way that IoT can help other kitchen managers or restaurant owners.

I still want to perform some analytics with this data. So, my next step will be to incorporate Losant Notebooks. This will allow me to batch process all this data and find out some interesting stuff.