How the Internet of Things Will Impact Climate Change 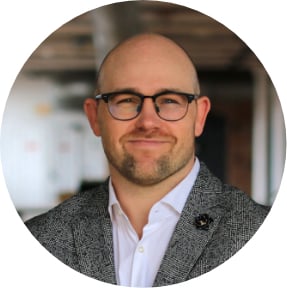 The Internet of Things (IoT) encompasses more than shiny new gadgets and smart widgets. It also influences the Earth's condition, from its available resources to its climate. With a population of more than 7.3 billion, the planet sustains continuous damage from human activity, so how will the Internet of Things impact climate change over the next several years?

A Point of Contention

Arguments Over Climate Change Will Continue

Though many scientists agree that man's activities on Earth influence climate change, politicians, lobbyists, environmentalists, and other parties continue to argue over the specifics. Not only do they debate climate change's existence, but they also participate in debates on possible sources of relief and on the financial costs thereof.

In December 2015, for instance, global leaders in climate change and environmentalism met in Paris for a climate summit. Arguments erupted over the language of a proposal that could lead to an agreement on climate change initiatives. Many leaders felt that it placed too large a financial burden on developing countries.

This debate and others like it have stalled progress toward thwarting climate change. However, the Industrial Internet of Things (IIoT) offers numerous solutions to dissolve conflict and to collect actionable data. If global leaders can see the facts in black and white, they can come to a meeting of the minds.

These metrics can help ecologists and other scientists measure the impact of climate change and to better understand it.

From the Top Down

Over the last few years, the IoT focus on climate change and energy efficiency has centered primarily around the end user. Products like Wi-Fi enabled thermostats, electric cars, and wearable technology have demonstrated the IoT's reach and its power to change lives.

In the near future, however, expect the upcoming IoT developments to start at the top of the supply chain. Energy providers, auto manufacturers, researchers, and engineers will focus more on the process than the solution. Even if a product conserves energy in the home, for instance, it won't benefit the environment when it consumes considerable energy during manufacturing or shipping.

Writing for the Daily Trust in December 2015, Mohammed Shosanya announced that Huawei, a pioneer in information and communications technology (ICT), has debuted a new system that will help electricity providers increase operational efficiency. During a speech at the West African Power Industry Convention, Enterprise Business Group president Jerry Ji said:

Best of Both Worlds

Consumers Won't Have to Compromise to Benefit Climate Change

Climate change fuels debates in large part because it inspires people to think in terms of scarcity. If they admit a problem exists, they might have to give up luxuries they enjoy to reduce their carbon footprints. However, this isn't always the case. In fact, IoT advancements can actually increase the speed, power, and performance of consumer goods while still reducing energy consumption.

"Technology is one of the few industries where new products tend to get better and use less power."

In 2016 and beyond, IoT advancements will allow companies, governments, and consumers to stall or even reverse climate change without sacrificing convenience or enjoyment. For this reason, more consumers will participate in activities that allow businesses and governments to collect Big Data and to analyze it for the benefit of the environment.

Connected Devices Will Change How Humans Relate to the Environment

Connected devices represent the wave of the future in terms of climate change and environmental health. Gartner reported in a press release this month that, in 2016, smart cities around the world will use 1.6 billion connected devices. Gartner research vice president Bettina Tratz-Ryan said, "Thanks to data collected from sensors, smart cities can interact and engage with residents and businesses, creating a collaborative environment."

Climate change represents a significant problem for people all around the world. However, the Internet of Things offers myriad tools and resources that can help businesses and governments reduce the consequences of human activity on Earth.